Does your apartment offer these lifestyle amenities?

Does your apartment offer these lifestyle amenities? 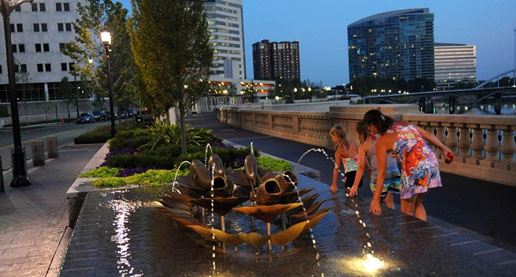 If you live in Columbus or the surrounding areas you could not have missed the prolonged boom in new apartment building that has been going on for the past several years. Every part of the city from Dublin to Grandview and from the downtown area and the Short North to Grove City have seen en explosion of new apartment construction. Every time we see a new building go up, we may wonder just who will be moving into these new apartments and whether some of them will struggle to find tenant. Quite to the contrary, the downtown area, with its seemingly incessant grown in new apartment development, proudly sports a 97% occupancy rate according to The Columbus Dispatch and the City’s own development reports. Millennials as well as empty nesters, it would seem, are increasingly choosing apartment living over the suburban iconic three-bedroom and two-bath- white picket fence abode.

And why not? As with other broad, societal transformations, there are a plethora of factors driving these housing trends. Apartment developers and managers are offering residents a great many new amenities and lifestyles in their complexes. Gone are the days when a weight room and a small swimming pool were the main amenities of apartment buildings. These are still big draws no doubt, though you will likely find a fully equipped gym sporting the latest in fitness equipment and flat screen technology. But that’s not all. The new apartments now offer doggie parks, hummingbird and butterfly gardens, vegetable garden plots and more. The facilities and landscape have changed quickly to keep up with the new life of the apartment denizen. EMI’s landscaping has been a leader in these types of maintenance upgrades and in adding new lifestyle-driven landscape features at many area apartment complexes. Many of our clients have been demanding features such as community gardens so tenants can grow their own vegetables. Bird watching areas and butterfly gardens have been popular as well.

Many of the new apartment projects are located in areas close to restaurants and shopping and offices. The new tenants, it would seem, prefer walking or biking to work and use automobiles recreationally. This explains the many single building, multi-story complexes in busy areas of the city. Such developments are also driving the trends in city planning and streetscapes, causing a boom in commercial landscaping as well. After all, if you are walking to work and along local streets for your shopping and entertainment, it’s not a concrete and asphalt jungle that is most enticing.

So watch for streetscape and other transformational commercial landscaping projects to blossom around these developments. The new tenancy attracts small restaurants, shops, upscale grocers and florist, not just bars and coffee shops.

A significant portion of the apartment construction boom centers around new building catering to new residents; Columbus is still attracting new residents at a brisk pace and the metro area population crossed the 2 million mark in 2015 according to an article in The Dispatch. However, many older area apartments are feeling the squeeze and are upgrading their facilities and adding new amenities and features both in order to compete with the new apartments developments for new tenants as well as to retain existing residents.

The building boom is slated to continue for the for seeable future. Significant development projects are in the works in several areas of the city including the downtown areas of East Franklington and the Scioto River Peninsula as reported in Columbus Underground.