The labor shortage has been making headlines for years now and is often cited as any landscape company owner’s biggest pain point.

Yet for Environmental Management, Inc. (EMI) based in Plain City, Ohio, it doesn’t find it a challenge to find employees. Joe Lewis, an account manager for EMI, says the labor shortage is more a matter of perspective.

“It’s what lens you choose to see our current situation as,” Lewis says. “If you look at us being under three and a half percent unemployment as a labor crisis or something to that effect well that’s that person’s prerogative. The way I look at it and the way EMI looks at it is, that’s awesome. That means we have more people than ever willing to work. We just need to entice them to work for us.”

Lewis argues that there isn’t really a labor crisis, but rather businesses are struggling to attract people to work for them. He says companies shouldn’t just offer good wages but create a unique culture that people want to be a part of.

EMI typically employs around 350 staff during the peak season. It will drop down to almost 200 full-time employees during the slow season. EMI has also used the H-2B visa program for the past three years, but it makes a point not to become overly dependent on it. 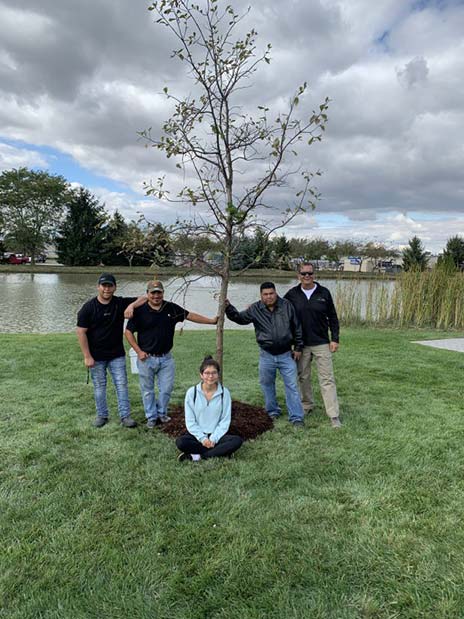 “That’s how you know something’s right when the majority of the people working for you are referred by either family or close friends,” Lewis says.

One of the newer vehicles that EMI is using to drive people to its company is the NALP’s Landscape Management Apprenticeship Program. EMI currently has 18 of the 32 apprentices that are participating in the program.

“The apprenticeship added a great vehicle to drive people to the industry because it added credibility,” Lewis says. “So, it doesn’t just seem like unskilled people, you actually have people that are skilled in what they do.”

EMI also takes advantage of passive recruiting by being true to its brand and being a company people already know of and want to work for.

As for how to attract more people to your company, Lewis advises asking yourself what are you doing to take care of your people.

“Are you offering opportunities to further develop them as professionals?” he says. “Do you care? Do you ask what their goals are? Do you care what those goals are? Are you guiding them along that path? What are you doing above and beyond paying them? Because paying somebody for work that they do qualifies you as an employer. Taking care of somebody as a teammate, as a colleague, as a family member, if you will, that puts you into that destination employer where people want to end up working for you.”

Lewis says EMI’s employee relations philosophy is all about proving to your employees that you care about them, rather than just say you do.