Once you have attracted your new hires, you want to make sure you can retain them, so you are truly able to grow, rather than continually replace the staff you have.

“When you attract the talent, you retain them by training them,” says Joe Lewis, an account manager for Environmental Management, Inc. (EMI) based in Plain City, Ohio. “Any successful culture throughout history, whether it’s civilization or business, they recruit, train and sustain that culture. And that’s what we’ve been able to do for the last 27 years.”

A new hire at EMI goes through an orientation where they learn the standard do’s and don’ts, safety topics, as well as what the company is about, and what the realistic expectations are for everyone, including the leadership.

“It ties into what our motto is, or our battle cry if you will, ‘Excellence is the only acceptable outcome,’” he says. “That’s not just what our customers should expect by partnering with us, but it should be what our employees expect as well. Excellent service means you should feel that you can ask questions or if something doesn’t seem right ask that question, nobody’s going to say, ‘Leave me alone’ or ‘I don’t have time for it.’” 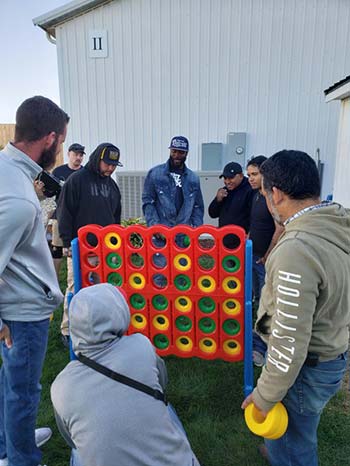 Lewis says when people enjoy who they’re working with and why they’re doing it, they’re far more likely to stay.

Lewis says the company’s goal is to create an experience that is greater than where a person is coming from and greater than anywhere they could go, which is why they tend not to lose people.

He says the way EMI achieves this experience is through constant engagement, constant communication, and constant coaching. He stresses that it is an on-going process rather than one simple trick.

The company gets to know its employees through the onboarding process asking them questions such as are three things your manager could do for you that would help you reach your maximum potential, what are three of your professional goals and what is one personal goal.

“It’s not a whole laundry list,” Lewis says. “But they’re giving you the answers to the test. What is their trigger? Whatever those answers are, there’s no wrong answer. The only thing that’s wrong is if you have the answers of the test, but you never apply it to said test and the test is engaging the employee.”

By knowing your employees, communicating with them and taking care of their needs you are able to prove to your staff that you care, instead of just saying you do.

EMI provides constant training with a focus on safety, quality, and productivity. Lewis says his approach to training is to explain, then demonstrate, have the employee imitate it, and then do the job.

“What isn’t great is continuing to tell people that they did it wrong when you could have just shown them the right way the first time,” he says.

Prior to EMI, Lewis served in the Marine Corps and he has taken his experience from the military and now applies to the landscape industry and how he trains.

One of the Marine Corps teachings that Lewis brought over to EMI is the empowerment of the small unit leader.

Aside from general job training, EMI also encourages its employees to pursue professional development opportunities, such as the NALP’s Landscape Industry Certification.

Lewis says that you can never sugarcoat the demanding nature of landscaping work but if people enjoy who they’re working with and why they’re doing it, they’re far more likely to stay. 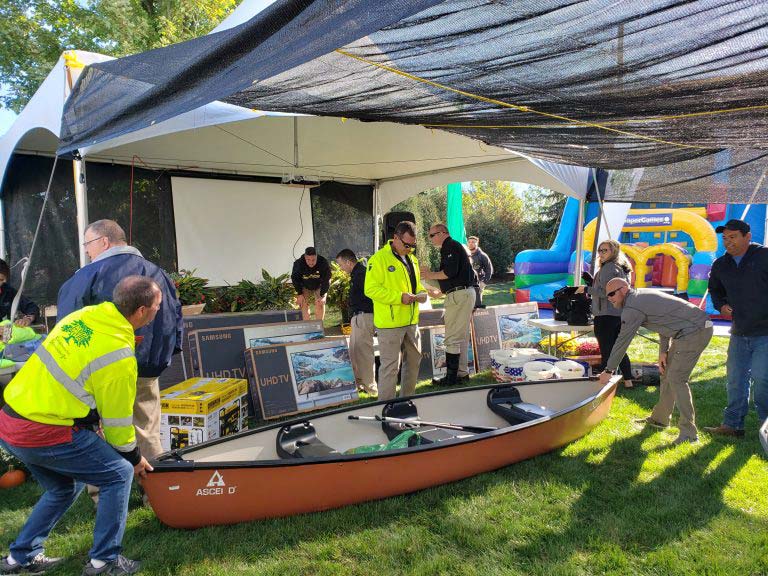 Employees choose from the prize table until the last prize is awarded. An employee’s name can only be drawn once, which maximizes employee participation.

Employees choose from the prize table until the last prize is awarded. An employee’s name can only be drawn once, which maximizes employee participation.[/caption]

“The way we do it is what attracts people and keeps people,” Lewis says. “We have upwards of 90 percent retention.”

EMI also makes a point to celebrate its employees’ success by bringing its vendors, clients, and staff together at its annual Employee Appreciation Day. On this day there are team building competitions, lunch via local food trucks and prize drawings for crews that were nominated throughout the season for excellence in customer service, safety, and overall job performance.

After the prize drawings, employees and management can also compete for various games including corn hole, an inflatable obstacle course, and inflatable axe throwing.

EMI has had an appreciation day ever since it has been in business, but a couple of years ago Lewis suggested bringing in their vendors and clients as well to celebrate and he says it has taken it to a new level. 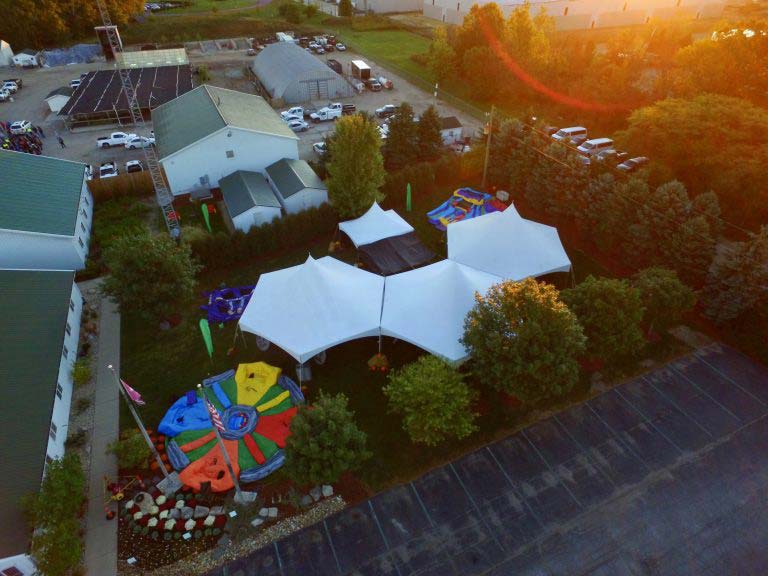 EMI has been hosting its appreciation event since it started 27 years ago.

If your landscape company is looking to improve how it trains and retains its employees, Lewis advises to not reinvent the wheel and take advantage of the tools already available.

“Utilize your assets,” he says. “The National Association of Landscape Professionals has all these toolbox talks and training and resources and mentorship programs.”

Rather than trying to create something from scratch, Lewis says you should identify where your needs are, identify who is doing it right and then adapt those elements to work for your company.

Even if your company is doing well at the time, Lewis encourages owners to evaluate what they are doing to maintain that success and continue to evolve.

Lewis quotes Cael Sanderson, head coach of Penn State’s wrestling team: “Unless you continually work, evolve and innovate, you’ll learn a quick and painful lesson from someone who has.”