Across Ohio, a large number of reports have come in about outbreaks of fall armyworms (Spodoptera frugiperda). This destructive species migrates into Ohio during the summer and has the capacity to cause problems late into the summer/ early fall.

This species feeds on over 100 different types of plants including grasses, beets, cabbage, onion, cotton, alfalfa, soybeans, peanuts, pasture grasses, potato, tomato, and millet. With several of these being produced in Ohio, these worms cause worry for local farmers as well as property owners. The name armyworm comes from their habit of moving en masse from area to area in search of new food. Because of this, it is common for these creatures to start in fields and migrate to turf grass.

Where do these armyworms come from? Because they are unable to withstand Ohio winters, moths come up from the south early in the summer and begin colonizing the area. The current caterpillars we see are the second generation, with the potential for a third if the fall is warm. Because of this, it is vital to remain vigilant throughout the rest of the season until the first killing frost. Usually, every 3-5 years we get a massive buildup of these pests in the southern and transition turf zones. In the last two months, Oklahoma and North Carolina have reported such an outbreak. It is believed that the current infestation was picked up by a storm front that came from the south and traveled across Ohio, dropping moths in search of food in the process.

The impact from these small creates can be massive. A single female can lay between 100 to 500 eggs on flat leaves of trees and flowers that overhang turf. The eggs hatch in 5-7 days and their complete life cycle takes about 50-60 days. During this time, the caterpillars are progressively eating more and more. As they travel, they devour the turfgrass canopy, leaving the crowns and upper roots exposed to direct sunlight. This makes the crowns “cook” in the sun, which dehydrates the roots, and in turn, kills the turf.

The first step in protecting the turfgrass is to kill the caterpillars before they completely remove the canopy. This can be done by the direct application of insecticides. It is ideal to do this application before they reach maturity as they are more susceptible during their earlier stages. Fertilization is the next thing we recommend for all affected areas. When the application of insecticides and fertilizer is properly timed, the turf has the best chance of recovery.

Another treatment option is increasing irrigation. If the canopy has been completely removed, there is no protection for the roots from the sun. Temperatures at the crown level can reach 130 degrees Fahrenheit, this causes rapid dehydration. This in turn will kill the entire turfgrass plant. By increasing the irrigation frequency, the roots can remain hydrated until a new canopy can be formed. 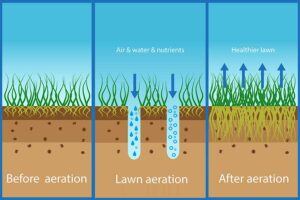 Aeration is another great option to fight the effects of the armyworm. During aeration, plugs of soil and thatch are pulled up using a machine called a core aerator. This process breaks up compacted soil and creates holes in the organic surface matter. Because of this, nutrients, water, and air are able to penetrate deeper into the soil. This increase of nutrients to the roots leads to an expansion of the root system, increasing the density and overall health of the grass. When coupled with overseeding of turf-type tall fescue, the lawn will be able to grow back stronger than before.

Based on the level of damage, triple aeration may be necessary. This is the same process but done three times to optimize the seed/soil contact which increases the germination rates of the new seed. The most successful option is slice seed fertilization. During this process, a machine slices the ground and inserts seeds. This option gives the best seed/soil contact as well as increases the flow of water, air, and nutrients into the soil.

Armyworms are a very destructive species, and their speed means entire lawns can be damaged overnight. The best thing to do is be vigilant, looking for signs including egg clusters on leaves, fences, and posts. If eggs or caterpillars are found, our experts are able to do an on-site consultation to decide what methods would be best for your property. For more information on armyworms, OSU Extension is a great resource for local, current conditions https://bygl.osu.edu/node/1859 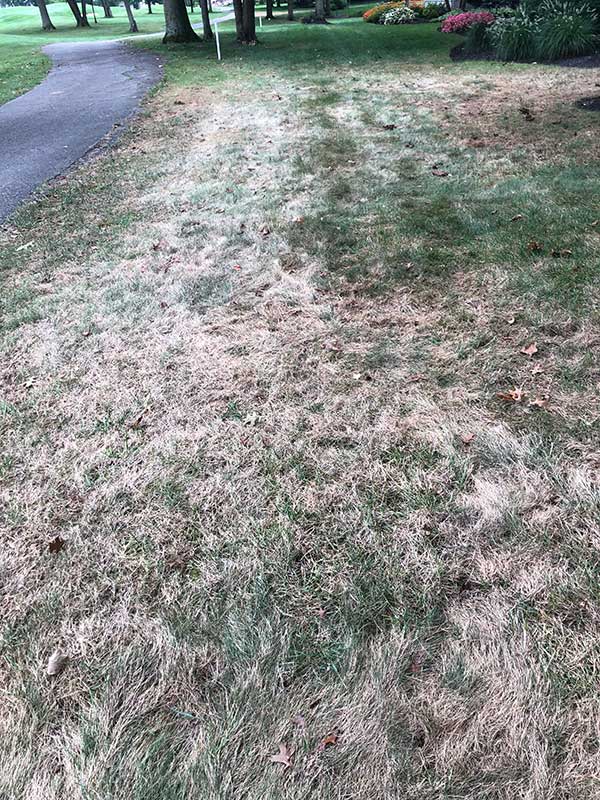 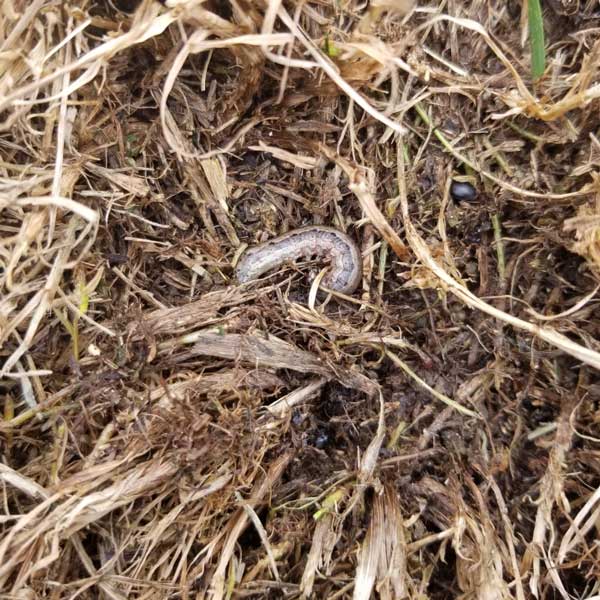 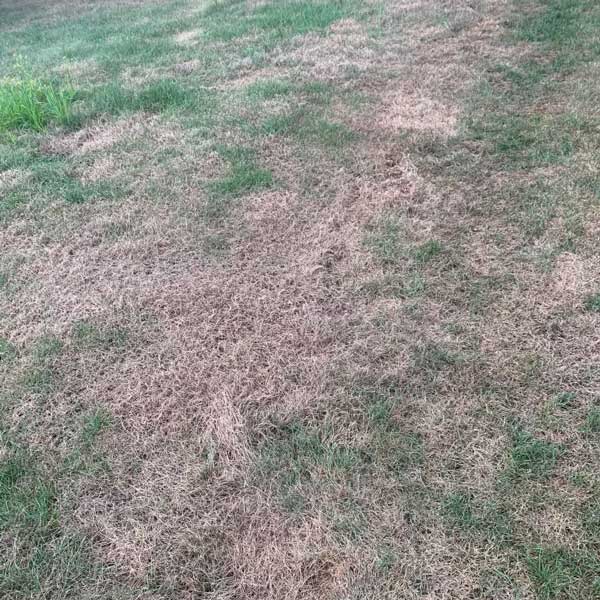