Lawn Aeration and Overseeding – why and when

Lawn Aeration and Overseeding – why and when

All lawns, regardless of their condition, can benefit from some lawn rehab. Aeration, when combined with overseeding, is one of the best ways to rejuvenate your turf.

During aeration, plugs of soil and thatch are pulled up using a machine called a core aerator. This process breaks up compacted soil and creates holes in the organic surface matter. This matter, formed by grass and dead tissues such as leaves, roots, and stems, acts as a seal which prevents nutrients from getting to the root zone. Aeration promotes the activity of microorganisms, such as bacteria and fungi, which further break down dead plant matter. This increase of nutrients to the roots leads to an expansion of the root system, increasing the density and overall health of the grass. Roots are also able to grow deeper which increases the heat and drought stress tolerance of the turf.

How to know when your lawn needs aeration? There are a couple tell tale signs that your turf may need a facelift. First, excessive water runoff and puddling; this shows that the water is not able to penetrate the thatch layer. Second, a spongy feeling yard; meaning water is trapped and is unable to reach the roots. Finally, dead patches or areas that look like they are struggling shows that the grass root system is not able to thrive in compacted soil. If the area also gets a lot of foot traffic, such as kids and pets running around, this can lead to soil compaction over time. 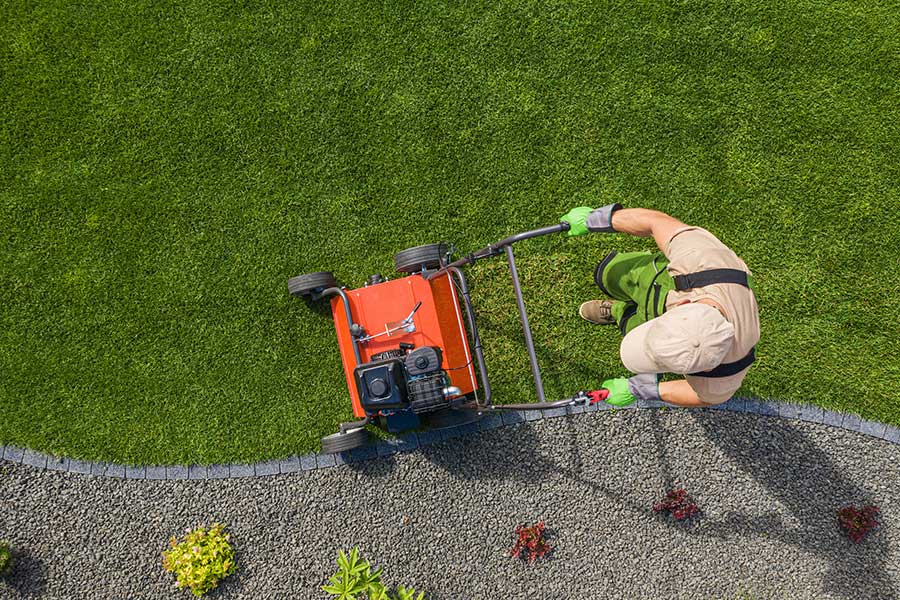 Following up aeration by overseeding with turf type tall fescue is a great way to thicken up a thin lawn or to add a hardier, more drought-resistant grass variety to your property. Good seed-to-soil contact is essential for seeding success, and the holes left behind by the aeration process make it easier for the new seeds to grow.

The turf type tall fescue is a newer species with several key features that make it a great option for the region. Unlike bluegrass or perennial ryegrass, tall fescue’s roots penetrate deeper into the soil, increasing its drought and heat resistance. The thicker blade allows it to retain more moisture, reducing the need to water as frequently. This bunch-type grass has good healing ability, and its density is great for weed reduction. Tall fescue is also grub resistant and has greater disease resistance than other species. By establishing a yard with turf type tall fescue, we reduce the maintenance and increase the durability while providing a rich, healthy color and uniform look.

While landscape professionals can aerate your property during any season, fall is the most ideal time. During cooler months, the turf is able to heal and fill in the holes that were made from the aeration process. Autumn is the time when the most new roots are created, and in spring the roots can then extend down into the soil. 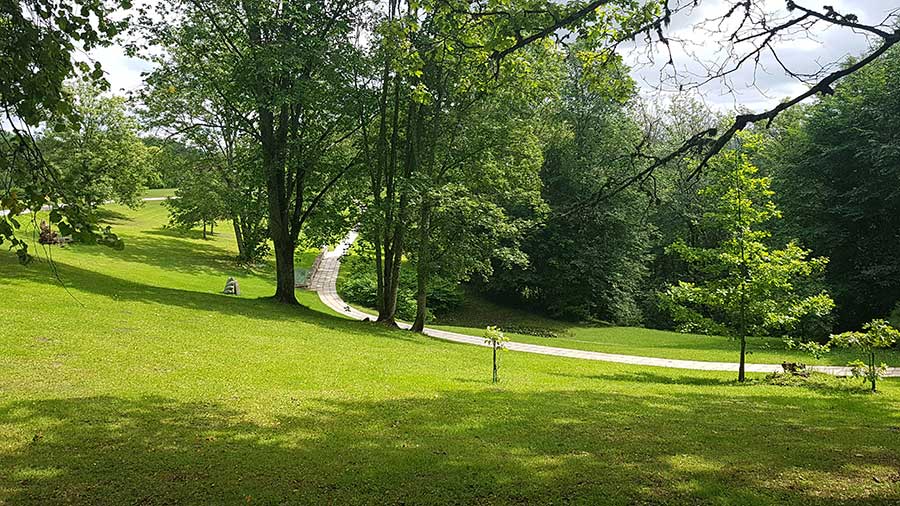